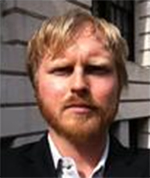 Alon is a Senior Consultant at NERA’s Global Energy, Environment, Communications and Infrastructure Practice based in London.  He advises on energy markets and policy, renewable energy, auctions and carbon markets.

Prior to joining NERA, Alon worked for many years for the UK Government as an advisor on electricity markets, renewable energy, climate change and carbon markets. Most recently Alon worked on the Government Electricity Market Reform, introducing a new subsidy regime for renewables, nuclear and CCS called the Contracts for Difference (CfD), and auctions for renewable energy. In earlier roles Alon worked as part of the UK’s international climate negotiations team, developing negotiating positions on emissions reductions targets from other countries like the US and China, and creating a model of the global carbon market (GLOCAF).