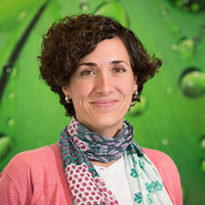 Elisa works on climate change adaptation and decision-making under uncertainty. In the short-term, her work will focus on developing a participatory risk-assessment framework to support successful adaptation strategies in coastal cities.

Elisa is a postdoctoral researcher at the Basque Centre for Climate Change (BC3) and holds a 3-year Postdoctoral Research Fellowship grant from the Basque Government. She has worked in the private industrial sector and from 2005 to 2009 she was appointed Director of Biodiversity of the Basque Government. Elisa joined BC3 in 2010 where she has developed her PhD and has worked in several projects related to the economics of climate change adaptation and the valuation of ecosystem services (Econadapt, Climbe).