Beveridge’s “Five Giants” remain central issues in discussions about the welfare state today, but there are also new challenges that have emerged since the 1940s. Which “Giant” issue would a modern day Beveridge prioritise?

Having polled LSE students, staff and alumni for their suggestions as to Beveridge’s missing giants, the sixth giant will be selected from one of the following: Sustainability, Equity, Loneliness, Security, Extremism. You decide. From early February you will be able to vote on which of these giant issues should take its place alongside Beveridge’s giants. In this event, on the opening night of the LSE Festival, prominent LSE academics will put forward their pitch for the missing giants on the shortlist.

Chair: Jennifer Jackson-Preece, Associate Professor of Nationalism, with a joint appointment in both the European Institute and the Department of International Relations, LSE. 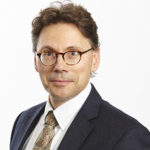