The Grantham Research institute for Climate Change and the Environment (GRI) are hosting a two-day programme of events focused on the role of litigation and legislation in the implementation of the Paris Agreement on 1 and 2 July. The events are being held in collaboration with the Strathclyde Centre for Environmental Law & Governance (SCELG) at the University of Strathclyde Law School in Glasgow, Scotland, and the Sabin Center for Climate Change Law at Columbia University.

These events will mark the launch of the GRI’s 2021 Global Trends in Climate Change Litigation Policy Report. This annual report – which has been published regularly since 2017 – provides policymakers, the legal community, and the wider public with an overview of the state of the art of climate litigation and highlights recent developments and recommendations for action.

The event on 1 July will address the role of national climate legislation in the implementation of the Paris Agreement, it will focus on recent innovations in climate change legislation around the world, emphasising the benefits of overarching multisectoral legal instruments as a mechanism for ensuring coordination, coherence, and accountability to climate commitments at all levels of government.

Waven William is a Member of the National Assembly of Seychelles and a Bureau Member of the Inter-Parliamentary Union’s Standing Committee on Sustainable Development. Representing the District of Grand Anse Mahe for the Parti Lepep Party in the National Assembly, he is also the Chairperson of the International Affairs Committee and serves as a Member of the Standing Orders Committee and the Committee on Reforms & Modernisation. Hon. William has also served on the Bureau of the ACP/EU Parliamentary Assembly; as resident High Commissioner to India and was accredited as non-resident High Commissioner to several countries throughout the years, namely Sri Lanka, Australia, Israel, Indonesia, Maldives and New Zealand. He was designated also to Bangladesh, Malaysia. Under his portfolio were also the dossier for the Non-Align Movement, I.O.R.A and the Indian Ocean Rim groupings.

Michael B. Gerrard is Andrew Sabin Professor of Professional Practice at Columbia Law School, where he teaches courses on environmental and energy law and founded and directs the Sabin Center for Climate Change Law.   He is also a member and former Chair of the Faculty of Columbia’s Earth Institute. Before joining the Columbia faculty in January 2009, he was partner in charge of the New York office of the Arnold & Porter law firm; he is now Senior Counsel to the firm.  He practiced environmental law in New York City full time from 1979 to 2008. He was the 2004-2005 chair of the American Bar Association’s Section of Environment, Energy and Resources.  He has also chaired the Executive Committee of the New York City Bar Association, and the Environmental Law Section of the New York State Bar Association. He received his B.A. from Columbia University and his J.D. from NYU Law School.

Michael Bloss is a Member of the European Parliament, where he negotiated for the Greens/ EFA Group the European Climate Law and Industrial Strategy. He grew up in Stuttgart and studied International Relations and Globalisation and Development in Dresden and London. He worked as a consultant for the United Nations Development Group, in the regional parliament of Baden-Württemberg and for Ska Keller in Brussels, before he was elected to the EP in 2019. There, he is a full member of the Committee on ITRE and a substitute member of the ENVI Committee. Moreover, he is the coordinator of the Climate Core Group within the Greens/EFA Group. Mr Bloss became engaged in the Greenpeace youth wing early on and then joined the Grüne Jugend in 2008. He is a member of the party board of Bündnis 90/Die Grünen in his home region, Baden-Württemberg.

Dr. Alina Averchenkova is a Distinguished Policy Fellow at the Grantham Research Institute on Climate Change and the Environment, LSE. Her recent work focuses on international experiences with national climate governance, climate legislation and policy credibility. Prior to joining the LSE, Alina led global strategic initiatives at KPMG as a Global Director for Climate Change and Carbon; supported international climate negotiations as a Programme Officer at the UNFCCC; and earlier worked for First Climate and the Environmental Defense Fund.  She holds a PhD in Economics and International Development from the University of Bath.

Register in advance for this webinar on Zoom

After registering, you will receive a confirmation email containing information about joining the webinar. 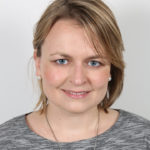