Western industrialism has achieved miracles, promoting unprecedented levels of prosperity and raising hundreds of millions out of poverty. Industrial capitalism is now diffusing east, where Japan was the first, then the four Tigers (Korea, Taiwan, Singapore and Hong Kong) and now China are all incorporating themselves into the global industrial world. India, Brazil and many others are expecting to follow the same course. But as China, India, and other industrializing giants grow, they are confronted with an inconvenient truth: They cannot rely on the Western industrial development model (fossil-fueled energy systems; resource throughput rather than circularity; generic finance), for reasons to do with extreme spoliation of their own environment and energy security and resource security concerns as much as concerns over global warming.

By necessity, a new approach to environmentally conscious development is already emerging in the East, with China leading the way in building green industry at scale. As opposed to western zero-growth advocates and free-market environmentalists, it can be argued that a more sustainable capitalism is being developed in China – as counterpart to the all-too obvious black developmental model based on coal. In Hu Angang’s words, this alternative is the ‘inevitable choice for China’ – and by extension, one might say for other developing countries as well.

This new ‘green growth’ model of development, being perfected first in China and now being emulated in India, Brazil, South Africa (the BICS countries) and eventually by industrializing countries elsewhere, as well as by advanced industrial countries such as Germany, looks set to become the new norm in the 21st century. Its core advantages are the energy security and resource security generated. Energy security is based on the fact that all renewables devices are products of manufacturing, and can in-principle be produced anywhere. As Hao Tan and Mathews put it in Nature, ‘Build energy security through manufacturing renewables’. Resource security is based on building a circular economy of closed resource loops in place of an open, linear industrial system taking virgin resources at one end and dumping wastes at the other end.

Falling prices for both oil and coal over recent months have led many to query whether policies supporting renewable energies will be sustained, or – as in the 1980s when oil prices were also plunging – lead to abandonment of renewables projects. This is unlikely to happen, because this time China is the major global investor. And China’s reasons for building up its renewable energy industries are strategic in nature, based on the need to enhance energy security and clear polluted skies – strategic goals which are not negated by falling oil or coal prices.

While mainstream economists talk about the climate change challenge framed in terms of costs and the role that carbon taxes could play in driving alternatives, the reality seems rather to be that the energy and resources transformation that is under way calls for major structural changes and state intervention. China’s renewable energy revolution and circular economy initiatives may be viewed as the world’s first case of a country breaking free of carbon lock-in by building its own renewable energy industries and circulation of resources. As China grows its market for renewables and resource circulation, so its firms become more receptive to licensing advanced technologies from companies in advanced countries. These developments could create some complementarity between advanced firms in the West and Chinese mass producers – with the proviso that Chinese firms themselves are fast approaching the innovation frontier.

John Mathews is Professor of Strategy at Macquarie Graduate School of Management, Macquarie University, Sydney. He has taught at MGSM for the past 15 years, and was from 2009 to 2012 concurrently the Eni Chair of Competitive Dynamics and Global Strategy at LUISS Gardi Carli University in Rome. He has specialized in the catch-up strategies of firms and countries in East Asia, publishing widely in this field. He has published several books based on this research, including Tiger Technology: The Creation of a Semiconductor Industry in East Asia (Cambridge UP 2000; co-authored with Cho, Dong-Sung); Dragon Multinational: A New Model of Global Growth (Oxford UP, 2002); and Strategizing, Disequilibrium and Profit (Stanford University Press 2006) which discusses the theoretical foundations of catch-up strategies. He was a Rockefeller Foundation visiting fellow at the Bellagio Study Centre in 2004.
For the past several years Professor Mathews has focused on the greening of industry with a focus on the role of China. His article, ‘Manufacture renewables to build energy security’ was published in Nature in September 2014 (coauthored with Hao Tan); followed by a second article on the ‘Circular Economy: Lessons from China’ published in Nature in March 2016. In 2015 his book, Greening of Capitalism: How Asia is Driving the Next Great Transformation, was published by Stanford University Press. He had a new book published in late 2015 by Palgrave Pivot, China’s Renewable Energy Revolution and its Global Significance, again coauthored with Dr Hao Tan. 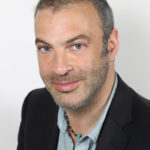