International Climate Politics after the US Presidential Election

Taking place one week after the election, this panel will assess the outcome of the US election and the prospects for the future of American and international climate policy.

The outcome of the 2020 US Presidential Election could have a lasting impact on the future of international climate politics. With the US set to exit from the Paris Agreement in November, a win by Donald Trump would seal America’s withdrawal from climate multilateralism. His opponent Joe Biden, who has promised a Green New Deal, would recommit the US to the Paris Agreement and intends to ramp up global climate ambition.

Anne-Marie Slaughter (@SlaughterAM) is the CEO of New America and the Bert G. Kerstetter ’66 University Professor Emerita of Politics and International Affairs at Princeton University. From 2009-2011 she served as the director of Policy Planning for the United States Department of State, the first woman to hold that position. Prior to her government service, Dr. Slaughter was the Dean of Princeton University’s School of Public and International Affairs (formerly the Woodrow Wilson School) from 2002–2009 and the J. Sinclair Armstrong Professor of International, Foreign, and Comparative Law at Harvard Law School from 1994-2002.

Nicholas Stern (@lordstern1) is the IG Patel Professor of Economics and Government, Chairman of the Grantham Research Institute on Climate Change and the Environment and Head of the India Observatory at the London School of Economics. He was President of the Royal Economic Society (2018-19) and President of the British Academy (2013- 2017). He was elected Fellow of the Royal Society (June 2014). He has held academic appointments in the UK at Oxford, Warwick, the LSE and abroad at the Massachusetts Institute of Technology, the Ecole Polytechnique and the Collège de France in Paris, the Indian Statistical Institute in Bangalore and Delhi, and the Peopleʼs University of China in Beijing. He was Chief Economist of the European Bank for Reconstruction and Development 1994-1999, and Chief Economist and Senior Vice President at the World Bank, 2000-2003.

Naomi Oreskes (@NaomiOreskes) is Professor of the History of Science and Affiliated Professor of Earth and Planetary Sciences at Harvard University. She is an internationally renowned geologist, science historian, and author of both scholarly and popular books and articles on the history of earth and environmental science, including The Rejection of Continental Drift, Plate Tectonics: An Insider’s History of the Modern Theory of the Earth, and in recent decades has been a leading voice on the issue of anthropogenic climate change. Her research focuses on the earth and environmental sciences, with a particular interest in understanding scientific consensus and dissent. Her 2004 essay “The Scientific Consensus on Climate Change” (Science 306: 1686) has been widely cited, both in the United States and abroad, including in the Royal Society’s publication, “A Guide to Facts and Fictions about Climate Change,” in the Academy-award winning film, An Inconvenient Truth. She is a 2018 Guggenheim Fellow.

Laurence Tubiana (@LaurenceTubiana) is CEO of the European Climate Foundation (ECF). In addition to her role at ECF, she is the Chair of the Board of Governors at the French Development Agency (AFD), and a Professor at Sciences Po, Paris. Before joining ECF, Laurence was France’s Climate Change Ambassador and Special Representative for COP21, and as such a key architect of the landmark Paris Agreement. Following COP21, she was appointed High Level Champion for climate action.

Peter Trubowitz (@ptrubowitz) is Professor of International Relations and Director of the US Centre at the London School of Economics and Political Science and Associate Fellow at Chatham House.

Robert Falkner (@robert_falkner) is the Research Director of the Grantham Research Institute on Climate Change and the Environment (GRI) and an Associate Professor of International Relations at the London School of Economics and Political Science (LSE).

The Grantham Research Institute on Climate Change and the Environment (@GRI_LSE) was established by the London School of Economics and Political Science in 2008 to create a world-leading centre for policy-relevant research and training on climate change and the environment, bringing together international expertise on economics, finance, geography, the environment, international development and political economy.

The LSE’s United States Centre (@LSE_US) is a hub for global expertise, analysis and commentary on America. Our mission is to promote policy-relevant and internationally-oriented scholarship to meet the growing demand for fresh analysis and critical debate on the United States.

This event forms part of LSE’s Shaping the Post-COVID World initiative, a series of debates about the direction the world could and should be taking after the crisis.

The event will be co-chaired by Professor Peter Trubowitz and Robert Falkner.

This online public event is free and open to all but pre-registration is required.

Registration will open after 10am via Zoom on Monday 26 October.

For any queries email events@lse.ac.uk. 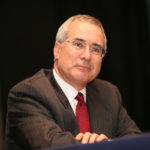