Public lecture at the University of Leeds

Professor Kevin Anderson offered a stark assessment of the prospects for avoiding dangerous levels of climate change. An audience of well over a hundred, including students, academics, activists, businesspeople and policy makers, attended the lecture.

Richard Turton, Strategy Manager for Yorkshire Forward, said it was:

“An excellent lecture on the scale and immediacy of the challenge of climate change mitigation and adaptation. Professor Anderson’s lively critique of the politics, emissions targets and scientific data encourages us to question the assumptions upon which policies and plans are being made and focuses attention on the need for early action to avoid the most damaging impacts of climate change.”

The Copenhagen Accord reiterates the international community’s commitment to “hold the increase in global temperature below 2 degrees Celsius”. Similarly, the EU maintains it ‘must ensureglobal average temperature increases do not exceed 2°C’ and the UK’s Low Carbon Transition Plan, states that “to avoid the most dangerous impacts of climate change, average global temperatures mustrise no more than 2°C”.

Despite such unequivocal statements the accompanying policies or absence of policies demonstrate a pivotal disjuncture between high-level aspirations with regards to 2°C and the policy reality. In part this reflects the continued dominance of ‘end point’ targets rather than scientifically-credible emission budgets and pathways, but even within the UK, where the policy-community and legislation aligns more closely with the science of climate change, the disjuncture nevertheless remains.

In recent years increasing numbers of national and global emissions scenarios have been developed, each with differing carbon budgets and hence with different temperature impacts. Coordinating national with global analyses is evidently a prerequisite of understanding the scale and rate of mitigation and adaptation accompanying differing levels of climate change.

However, as it stands, such coordination is rare with little more than perfunctory correlation between national emission pathways and the quantitative scale of the challenge at a global level. By disaggregating selected global emission pathways into Annex 1 and non-Annex 1 nations, this presentation outlines a much improved understanding of the extent of the mitigation challenge specifically and the adaptation challenge more generally.

This analysis offers a stark and unremitting assessment of climate change. There is now little to no chance of maintaining the global mean surface temperature at below 2°C, despite both repeated high-level statements to the contrary and the conclusions of more orthodox analysis (Committee on Climate Change, Stern, ADAM, AVOID, etc). Moreover, the impacts associated with 2°C have been revised upwards, sufficiently so that 2°C now more appropriately represents the threshold between ‘dangerous and extremely dangerous climate change’.

Consequently and with tentative signs of global emissions returning to their earlier levels of growth, 2010 represents a political tipping point. The science of climate change allied with the emission scenarios for Annex1 and non-Annex 1 nations outlined in this paper suggests a very different mitigation and adaption challenge from that we are collectively prepared to countenance. Whilst the implications of this are profound for policy they also raise fundamental questions about the framing of climate change research. 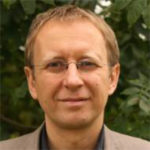