The UK government should consider a broader-based carbon tax that is distributionally fair and consistent with net-zero greenhouse gas emissions as the current economic framework for decarbonisation in the UK is inefficient and uneven, finds two new reports published today (9th March 2020).

The reports by Vivid Economics, the Grantham Research Institute on Climate Change and the Environment, the ESRC Centre for Climate Change Economics and Policy, and the University of Leeds, examine, for the first time, the distributional impacts on households of a UK carbon tax that is consistent with the target of net zero greenhouse gas emissions by 2050.

Economists recommend a carbon tax or emissions trading, in line with the polluter pays principle, which corrects a market failure arising from the fact that the costs associated with the impacts of climate change are not reflected in the prices paid for goods and services that emit greenhouse gas emissions. People on lower incomes are often more vulnerable to the impacts of climate change because they cannot afford to adapt as well. Analysing the effect of a carbon tax of £50 per tonne of carbon-dioxide-equivalent in 2020, rising to £75 in 2030, on five different types of household, the reports find that revenues of £57 billion would be generated over the next decade, £18.8 billion of which could be used to compensate fuel-poor households, ensuring the net impact of the carbon tax is zero. Fuel-poor households are defined as those with reduced purchasing power combined with low income and high bills that prevent them meeting their energy needs.

A further £8.2 billion could be allocated to the remaining households and used to provide financing for energy efficiency measures, which in combination with zero-carbon heating would lead to a decrease in residential emissions from gas use by 9 per cent and residential electricity emissions by 43 per cent between 2020 and 2030. The net impact of the tax on  households that are not fuel-poor would be to add £216 per year on average, the reports estimate.

“Carbon pricing is essential for effective climate action. It is a powerful fiscal and environmental tool that encourages emissions abatement where it is cheapest and sends a clear price signal that the polluter must pay,” said Josh Burke, a co-author of the report and a policy fellow at the Grantham Research Institute.

“But it must be designed in a way that guarantees judicious use of carbon tax revenues that leave fuel-poor households no worse off, because it is less well-off people and communities that are most vulnerable to the societal and economic impacts of climate change. Our modelling for different UK households shows the effect of a carbon tax to be minimal after financial compensation is received, and this is something policymakers and consumers should consider.”

After all households are compensated, £30 billion, over half the expected revenue, would be left over for appropriate redistribution, such as support for the development of new zero-carbon infrastructure and technologies.

The models take account of horizontal as well as vertical inequalities, with the former often overlooked by government in projections of the impacts of taxation. Horizontal inequalities occur when households with similar income are banded together and often important differences in number of occupants, location type, building characteristics, and geographic location are not taken into account. Vertical inequalities, on the other hand, occur because of inequities between high-and-low income households.

The reports, which are funded by the Zero Carbon campaign and will feed into the work of the Zero Carbon Commission, are critical of the UK’s current approach to decarbonisation which they point out is inconsistent across the economy and does not reflect the urgency of the net zero target. Sectors that have been faced with uneven, small or no fiscal penalty, and that are large sources of pollution such as agriculture, residential heating and air transport, have had little incentive to abate.

Alex Kazaglis, a co-author of the report at Vivid Economics, said: “We know that a clear carbon price signal reduces emissions. We have seen this in the Nordic countries, and in the UK power sector, where Ofgem estimates that between 2010 and 2018 carbon pricing was the single most effective electricity decarbonisation policy, reducing emissions significantly more, and at far lower cost, than alternative policies such as subsidies, air quality directives and demand-side policies”.

The review currently being carried out by HM Treasury of the net zero emissions target presents an opportunity to challenge conventional fiscal thinking by proposing several new ways of recycling tax revenues. These include financing energy efficiency improvements which reduces energy bills, cushioning the social or economic impact of a carbon tax by lowering other taxes, or offering direct financial compensation to households. The reports conclude that recycling revenue in these ways would provide a progressive means to achieve an accelerated and just transition to a net-zero economy.

For further information and for interview requests please contact Niamh Brannigan at n.brannigan@lse.ac.uk or +44 (0) 7933997989

1. About the Grantham Research Institute on Climate Change and the Environment

Established in 2008 at the London School of Economics and Political Science, the Institute brings together international expertise on economics, as well as finance, geography, the environment, international development and political economy to establish a world-leading centre for policy-relevant research, teaching and training in climate change and the environment. It is funded by the Grantham Foundation for the Protection of the Environment.

2. About the ESRC Centre for Climate Change Economics and Policy

The ESRC Centre for Climate Change Economics and Policy (CCCEP) brings together some of the world’s leading researchers on climate change economics and policy, from many different disciplines. It was established in 2008 and its third phase began on 1 October 2018. The Centre is also a member of the Place-based Climate Action Network (P-CAN), which was launched on 31 January 2019.

Vivid Economics is a leading strategic economics consultancy with global reach. We strive to create lasting value for our clients, both in government and the private sector, and society at large.  We are a premier consultant in the policy-commerce interface and resource- and environment-intensive sectors, where we advise on the most critical and complex policy and commercial questions facing clients around the world. In all our work, we put economics to good use by addressing the public interest to enhance both our clients’ interests and the public good and supporting important decisions and carrying the argument to implement them.

4. About the Zero Carbon campaign

The Zero Carbon campaign was launched by entrepreneur and founder of OVO Energy Stephen Fitzpatrick in July 2019, following the introduction of the UK’s 2050 net zero commitment. It calls for the UK Government to underline this ambition by putting policy in place that can facilitate the UK’s transition away from fossil fuels, in a way that is fair and effective. The Zero Carbon Commission is preparing a White Paper, to be published in April 2020, that will provide a series of recommendations as to how the UK Government could practically extend carbon pricing as a substantial part of the net zero solution. The call to evidence is now open for additional submissions. Please visit https://www.zeroc.org.uk/the-commission

We explore a wide range of issues including climate change, energy, transport, water, resource use, land use, conservation, cities and communities, business and lifestyles. We specialise in participatory, action-oriented research that brings together government, business, NGOs and local communities to enhance the relevance, quality and practical influence of our research.
https://environment.leeds.ac.uk/sustainability-research-institute 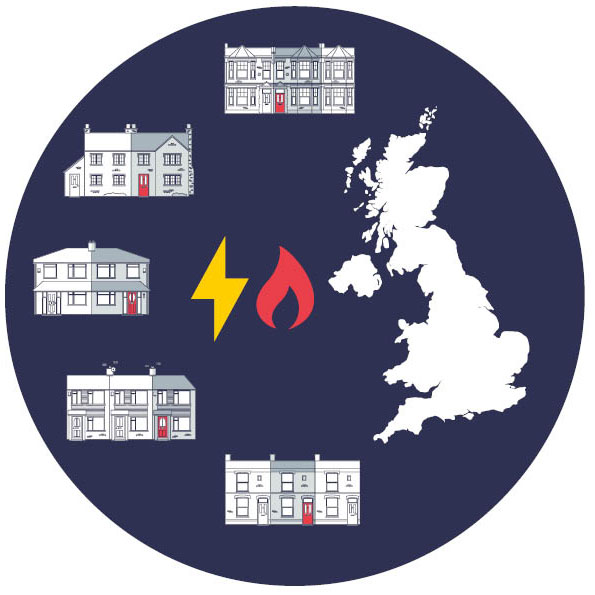 Distributional impacts of a carbon tax in the UK

This study explores the distributional impacts of a net-zero-consistent carbon price across different household types and income deciles in the UK; and examines which combination of interventions may reduce carbon consumption and still be progressive.