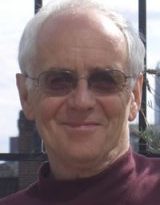 Ian is Professorial Research Fellow at the Centre for the Analysis of Social Exclusion (CASE). He is also Emeritus Professor of Social Policy at the University of Bath.

Ian’s current research project, supported by an ESRC grant, is on the intersection of climate change mitigation policy and social policy.

Ian studied economics at Cambridge in the early 1960s, and, since then, has worked within the field of social policy, applying economics, political economy, political science and political philosophy to some of the central concerns of the welfare state.

He was professor of political economy and social policy at Manchester University before leaving for the chair of social policy at the University of Bath in 1995. On retirement in 2009 he moved to London to concentrate on his current research at the London School of Economics and Political Science (LSE).