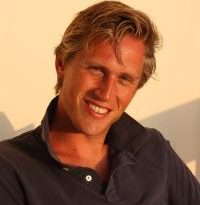 Kai wrote a PhD on the key variables in the negotiation process contributing to the regime formation of climate change, trade, and biosafety.

The thesis lasted from 2010 to 2013, and was supervised by Dr Robert Falkner at the London School of Economics and Political Science’s International Relations department, and had its second base at the Grantham Research Institute on Climate Change and the Environment.

Kai holds a Master in Public Policy from the Harvard Kennedy School, and a law/bar school degree from Humboldt Universiät in Berlin, Germany.