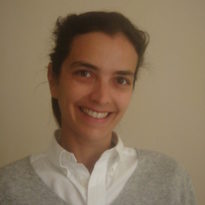 Pauline is a professor in statistics at the London School of Economics and Political Science (LSE).

Before becoming a professor at LSE, Pauline was a lecturer in the statistics department.Before this she was a temporary lecturer at both the HEC and ESSEC. For two years, from 1998 to 2000, she was a class teacher at the University of Evry in the mathematics department.

In 2005, Pauline qualified as an actuary from l’Institut des Actuaires Français. She also has a qualification in France as “maitre de conferences” in Finance and in Mathematics, a PhD in Applied Mathematics with highest honours, laboratoire de Probabilités et Modéles aléatoires, from University of Paris VI (France), a PhD in Finance with highest honours from HEC Graduate Business School, the Doctorat HEC specialization certificate, with highest honours, a postgraduate diploma in Economics and also in Probability from the University Paris VI, with honours. Pauline is also a graduate of the ESSEC business school.