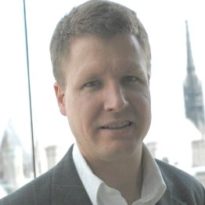 Robin has been a Visiting Assistant and Associate Professor of Economics at the Massachusetts Institute of Technology, Harvard University, the National Bureau for Economic Research (NBER), Ecole Polytechnique, University College London and the University of California at Berkeley.

Before joining academia, Robin served as a consultant economist with the World Bank, the European Bank for Reconstruction and Development and the Government of India. .

He was brought up in Uganda, Tanzania, Malawi, the US, the Philippines and Italy.