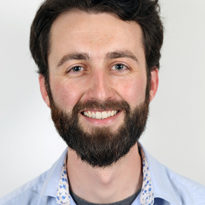 Tom was a researcher with the Grantham Research Institute on Climate Change and the Environment from September 2012 until December 2014. His research primarily focused on the relationship between climate and economic development. Tom went on to work as a Lecturer at Cork University.

Tom holds a PhD from the School of Business, Trinity College Dublin (Ireland), where he was supervised by Frank Barry and Richard Tol, and an M.Sc. in Economics from the National University of Ireland, Galway. He has also been a visiting researcher at the United Nations University, World Institute for Development Economics Research (UNU-WIDER), in Helsinki. He was previously employed as a full time economics lecturer at Dublin City University and currently teaches a master’s seminar on ‘Climate change: Science, economics and policy’ (GY427) at the Department of Geography and the Environment at LSE.