Weather and Death in India

Part of the Climate Change and Environment Seminar Series.

We investigate the relationship between weather (temperature and precipitation extremes) and mortality rates in India from 1957-2000. Our estimates imply that hot days cause large and statistically significant increases in both adult and infant mortality within a year of their occurrence.

The effect of temperature extremes on mortality are present in rural India but absent in urban India (even among urban infants), and are present during the agricultural growing season but absent in the non-growing season. Temperature extremes have mirror-image effects on rural, agricultural outcomes (yields, prices and wages), but not on urban wages.

Overall, this pattern of results suggests that the weather plays a central role in the health of rural Indians, and that this is consistent with a mechanism by which health suffers when agricultural incomes suffer; our results are harder to align with a `direct’ effect of weather on death that works through cardiovascular stress or disease. The final section of the paper uses our estimates to provide an upper-bound estimate of the effect of predicted climate change on mortality in India. 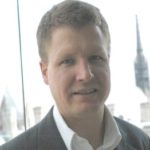