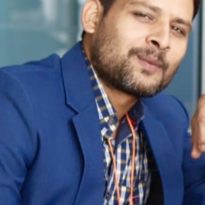 Architesh’s work will focus on evaluating the resilience impacts of climate insurance, including the role of other stakeholders.

Architesh holds a Ph.D. in Economics from Institute for Social and Economic Change, Bangalore, India. He was a Young Scientist at the International Institute of Applied Systems Analysis in Vienna.

Prior to Joining LSE, he has worked as a post-doctoral fellow with International Rice Research Institute (IRRI) based in Lao PDR. He has also worked for IRRI in the South and South-East Asia.