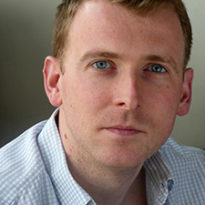 Ben is a Director at Llewellyn Consulting, an independent economics advisory firm based in the City of London, where he plays a leadership role in the firm’s thematic research on energy and climate change. He is an experienced macroeconomist with an extensive background in, and enthusiasm for, the clean energy transition.

Before joining Llewellyn Consulting in 2012, Ben led a strategic review of the Civil Aviation Authority’s environmental role. Prior to that Ben spent four years as an Economic Adviser in the UK Government Economic Service, first working on energy and the environment at Defra, and then on climate change at the Committee on Climate Change with Adair Turner and David Kennedy. In his early career, he worked at Oxford Economics, GFC Economics, and Deloitte.