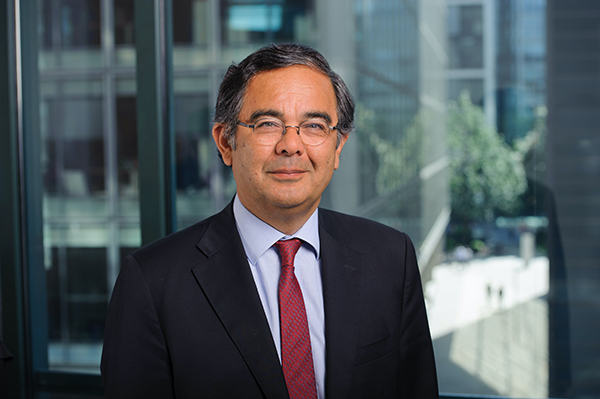 Josué Tanaka is the founding leader of the European Bank for Reconstruction and Development (EBRD) climate finance initiative launched in 2006 covering investment, policy development, capacity building and technical assistance across the EBRD countries of operations.  He was the Managing Director responsible for climate action and operational strategy and planning at the EBRD until December 2020.  Under his leadership, green finance reached 46% of total EBRD investment in 2019 with cumulative EBRD green finance since 2006 reaching over USD 42 billion in close to 2,000 climate change mitigation and adaptation projects with total project value of over USD 260 billion (64% in private sector).

Josué has worked on development and environmental matters for close to 40 years starting in Brazil and at the World Bank before joining the EBRD at its inception in 1991.  His sectoral experience covers urban environmental infrastructure, energy efficiency and climate finance.  He developed major programmes such as the Green Economy Transition approach of the EBRD and the Environmental Program for the Mediterranean at the World Bank.  His work involved policies and projects in Eastern Europe, Middle East and North Africa, Brazil and Madagascar.  He has an in-depth knowledge of the multilateral development banking system having worked in senior positions covering strategic, operational and financial functions.  Josué holds a PhD and an MSc from the Massachusetts Institute of Technology and a BSE from Princeton University.