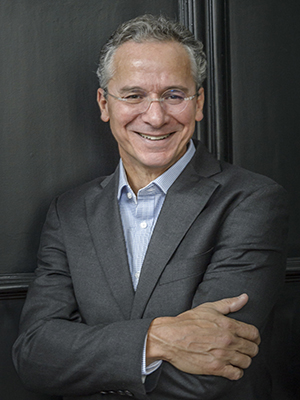 Scott Barrett is the Lenfest-Earth Institute Professor of Natural Resource Economics at Columbia University with appointments in the School of International and Public Affairs (SIPA) and in the Earth Institute. He is also Centennial (Visiting) Professor at the London School of Economics (2022-2025).

He was previously at the Johns Hopkins University School of Advanced International Studies in Washington, DC and, before that, at the London Business School. He has also been a visiting scholar at École Polytechnique, Harvard, the Institute for Advanced Study (Berlin), Princeton, Sciences Po’s Paris School of International Affairs, Yale, and Université de Paris 1 Panthéon-Sorbonne. He is a Fellow and former chairman of the advisory board of the Beijer Institute in Stockholm.

He has played a variety of roles in the policy arena, including as a lead author of the Intergovernmental Panel on Climate Change, lead advisor to the International Task Force on Global Public Goods, and member of the World Health Organization’s Strategic Advisory Group on malaria eradication.

He received his PhD in Economics from the London School of Economics.

The design of institutions to address global issues requiring international cooperation, including climate change, infectious disease eradication, and governance of the oceans.