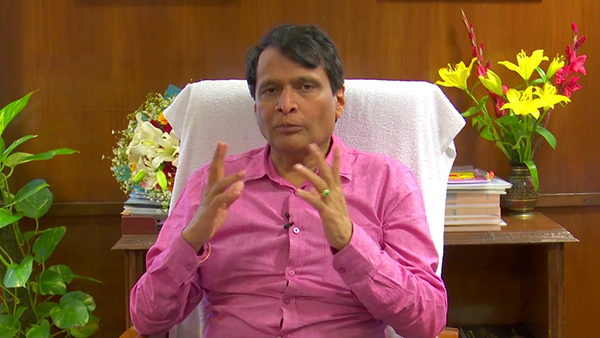 Suresh Prabhakar Prabhu is an Indian politician. He is a Chartered Accountant by profession and a law graduate. He is the founding Chancellor of Rishihood University. He has been in the Indian Parliament from 1996 till date – first as a Member of Parliament in the Lower House ( Lok Sabha) for four consecutive terms and later as a MP in the Upper House ( Rajya Sabha). Suresh is currently serving his 6th term as a Parliamentarian.

Suresh has held 10 important cabinet portfolios at the federal level in Govt of India including Industry, Power, Environment and Forest, Railways, Civil Aviation, Commerce and Industry etc. He was India’s Sherpa to the G20 and G7. He is credited with making pathbreaking power sector reforms. He laid out a complete blueprint for modernising and revamping the railways and also initiated an unique real time customer grievance redressal mechanism, probably one of its kind in the world. Suresh initiated the development of India’s New Industrial Policy with a focus on boosting sustainable manufacturing in India, and created an action-oriented plan to further diversify the economy and promote future sustainability. He laid out plan for increasing India’s exports. The first ever Global Aviation Summit was held under his leadership. Suresh is known for his transparent, forward looking and comprehensive reform oriented governance.

Suresh was the youngest ever chairman of the largest cooperative bank, besides holding several positions in the coop sector – from local to national level. He has been connected with numerous civil society organisations in diverse areas.

He has visited over 80 countries and delivered talks on many important subjects at very prestigious forums in all parts of the world. He has been awarded with the honorary doctorates, by Universities within and outside India.

Suresh has been tirelessly working on a holistic and replicable model of rural development in more than 2000 villages.