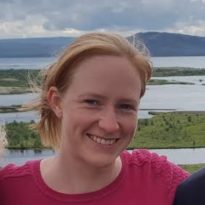 Sarah is a researcher at the International Institute for Environment and Development, working closely with networks of grassroots organisations and municipal authorities on financing incremental upgrading and basic services. In particular, she supports SDI and the Asian Coalition for Housing Rights to establish innovative partnerships with private actors and secure access to international development assistance. She has recently co-edited a book, Responding to Climate Change in Asian Cities: Governance for a more resilient urban future, that explores some of these issues.

Sarah also holds the position of Global Programme Lead and Senior Economist with the Coalition for Urban Transitions, a network jointly hosted by C40 Cities and the WRI Ross Centre for Cities. In this role, Sarah oversees a programme of research supporting national governments to enable low-carbon, climate-resilient urban development. The research is conducted by 24 partner organisations, including PwC, McKinsey, LSE, the African Centre for Cities, Siemens, OECD and Tsinghua University.

While at the University of Leeds, Sarah managed the Climate Smart Cities programme in Brazil, Indonesia, Malaysia and Rwanda, and supported the research in India and China. The research team evaluated the economic feasibility and mitigation potential of a wide array of low carbon measures for each city, which allowed them to assess the wider economic case for climate action. Their findings have been used to inform the design of urban climate plans, notably the adoption of emission reduction targets in Recife (Brazil). The findings of the Climate Smart Cities programme were featured in the first New Climate Economy report, “Better Growth, Better Climate“​, and I subsequently managed the delivery of the Cities chapter in the second report, “Seizing the Global Opportunity“​. This work was featured in the Guardian, Washington Post and National Geographic, among other outlets.