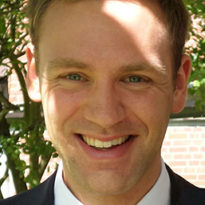 Responding effectively to climate change requires assessing the impacts of climate policies. While emission reduction efforts can be measured through science-based metrics like degree centigrade or greenhouse gas concentrations in the atmosphere, adaptation and resilience are change processes occurring in context-specific settings that do not easily lend themselves to standardised measurement. Timo Leiter’s PhD research therefore explores how progress on climate change adaptation can be assessed at global, national and sub-national level. He is drawing on multi-year participant observation at the UN climate change negotiations and on action research with government officials in the design of adaptation monitoring and evaluation systems. Timo’s timely research contributes to scholarship on global environmental governance, international negotiations, climate change adaptation and monitoring & evaluation (M&E).

Timo recently completed a global stocktake of national adaptation M&E systems which shows that 60% of countries with a national adaptation plan do not have mechanisms in place to track its implementation. This finding emphasises the need to focus attention on the quality of adaptation planning and its implementation. Timo works in close collaboration with the Adaptation Committee, the LDC Expert Group, the OECD, bi- and multilateral development organisations and several government ministries to observe and learn from practice and translate his research findings to policy processes.

Timo’s PhD research, his advisory and outreach activities seek to support climate action under the Paris Agreement, in particular the implementation of its transparency framework and the operationalisation of the Global Stocktake. Timo has also developed practical tools and guidance including:

Timo is a frequent speaker at international conferences and UNFCCC events and has authored numerous journal articles, book chapters and policy briefs. Timo is the lead author of a background paper on adaptation metrics for the Global Commission on Adaptation and a lead author of UNEP’s Adaptation Gap Report 2017. He also acts as referee for several peer-reviewed scientific journals.

Between 2011 and 2019, Timo worked at Germany’s technical agency for international development cooperation (Deutsche Gesellschaft für Internationale Zusammenarbeit, GIZ) in several projects on adaptation and climate finance. Part of his position has been to advice the climate policy units of Germany’s Federal Ministry for Economic Cooperation and Development (BMZ) and of South Africa’s Department of Environmental Affairs (DEA). As climate change focal point based in Dar es Salaam, Tanzania, Timo led GIZ’s support to the Tanzanian government for the National Adaptation Plan process and was responsible for the delivery of climate adaptation, capacity building and climate finance readiness activities. Timo also led the development of innovative climate change projects including the project “Climate Services for Infrastructure Investments”, commissioned 2017 by the International Climate Initiative with a volume of more than five million Euro.

Timo holds a five-year university degree (“Diplom-Ökonom”) in Ecological Economics and Sustainability Management from the University of Oldenburg, Germany and a Master’s degree with High Distinction from Bond University, Queensland, Australia. He has been awarded a PhD scholarship from the UK Economic and Social Research Council (ESRC).