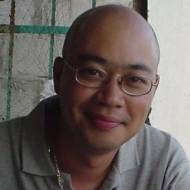 He has worked as a macroeconomic analyst in the Mexican Ministry of Finance and the UN Conference on Trade and Development (UNCTAD), where he contributed to high-level policy reports. He has also worked as a researcher in the Stockholm Environment Institute in York and as a lecturer in UNAM. Marco’s research mainly focuses on analysing the climate-development nexus, particularly assessing changes in consumption patterns and their effects in global development. His work in CIE-MAP involves macroeconomic modelling and scenario analysis, seeking to understand the wide economy implications of reducing energy and material use.

Marco is an associate researcher in CCCEP and a research fellow in CIE-MAP. He is also a member of CASSE’s speaker network (Center for the Advancement of the Steady State Economy).