This report summarises key trends in climate change legislation and litigation. It is the sixth stock-take in a series of global Climate Legislation Studies that dates back to 2010. The 2017 edition covers legislative activities in 164 countries, up from 99 countries in 2015. For the first time, this edition also includes analysis of climate change litigation. 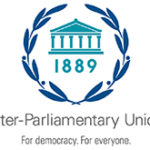